Last Monday (2/3), The Academy of Motion Picture Arts and Sciences tweeted out what appeared to be official Oscar winners a week before the awards show last night. Voting for Academy members hadn't closed yet at that time.

The tweet was a part of a campaign featuring an interactive tool The Academy launched on Twitter, whereupon users could DM predicted Oscar winners to the @TheAcademy official channel.

The Academy's tweet showing what appeared to be their predicted winners was deleted almost immediately. They then released a statement saying, "A brief issue on Twitter made some of your (predictions) look like they came from our account. They didn't. This error is now resolved. We'll reveal our picks on Sunday." 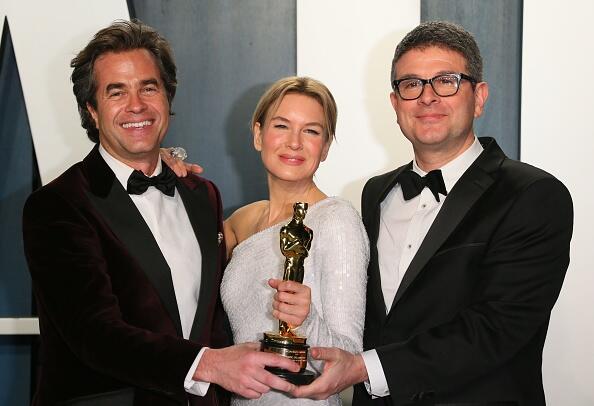 photo: Getty Images (pictured: Renee Zellwegger with her Oscar for Actress in a Leading Role)

Production Design: predicted - Parasite | winner - Once Upon a Time in Hollywood

Documentary Short Subject: predicted - In the Absence | winner - Learning to Skate in a Warzone (If You're a Girl)

Original Song: predicted - "I Can't Let You Throw Yourself Away" | winner - "(I'm Gonna) Love Me Again"

It looks like The Academy did not tweet out the real winners last Monday after all. Some conspiracy theorists could say that tweet showed the winners as of Monday. The votes trickling in after that may have changed things up leading to the actual awards show. We may never know...